I remember the first really fancy car my father bought for the family. It was a 1985 Pontiac Parisienne station wagon. This car was the “Safari” edition meaning that it was loaded. It had power everything. Steering, brakes, windows, locks, seats, all power assisted. The air conditioning worked extremely well. It had a really nice stereo with a cassette deck that was smart enough to know where to stop before the next song when you hit the fast-forward button. This ride was top of the line, or so it seemed.

Sometimes it seems that all of the features we demand in our cars have gotten to be a little out of control. How many of these crazy features do we need, and of those that drive cars equipped with such things, how many people actually use them? I would bet most extra features found on cars today get used very little, and I would also bet most people who don’t use these features wouldn't be willing to part with them.

Computer controls make so many of these systems and features possible. This is both good and bad. Good, because it’s awfully nice to have someone or something turn off your dome light automatically when you accidentally leave your door open. Bad, because if you have a problem with the dome light not functioning properly and a computer is ultimately in charge of the controls, you might have bigger problems than just a bad bulb.

Government mandated whistles and bells make up a substantial part of these new features that we find all around us as we drive down the road. Here are just a few of the things that the government requires in the name of safety. These are things that you cannot opt out of when checking the options on your new car: Anti-lock brakes, airbags (at least six them), occupant classification systems, active seat belt restraints, anti-skid control, and tire pressure monitors.
These things are effective in their respective tasks but they add complexity and expense to even the most entry level vehicle, and of course every one of these things is computer controlled.  The cost of all these amazing features is a big issue that is sometimes ignored. Even if the addition of the various convenience features didn't increase the likelihood of system failure and expensive repair, they certainly make for expensive manufacturing.

No one is suggesting that we stop equipping vehicles with safety features or things that make driving easier or more fun, but is there a point where this should end? Think of that new car you had 15 or 20 years ago. Didn't it do everything that you could ever ask a car to do? 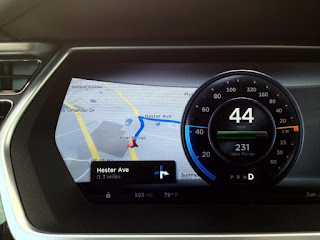 I don’t think that we need to go back more than 20 years because many of the advances of that day made cars perform their primary function better. Things like fuel injection and computer controlled transmissions really do help you get from point A to point B more efficiently. Stuff like Bluetooth and automatically deploying running boards have nothing to do with the vehicle providing conveyance for its passengers. But then, perhaps in another 15 to 20 years Bluetooth will mean everything to us.


So we must question our values in the realm of automobile function. Is all of this stuff worth the hassle, and there is definitely hassle, or should we cut out the nonsense and get back to basics? Since I can’t imagine anyone wanting to go back to the way things used to be, let’s hope that the complexities of today’s new cars don’t turn into the expensive repair bills of tomorrow’s used cars.