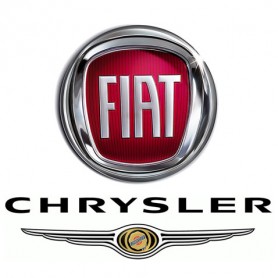 At the Chrysler Corporation things are changing dramatically and it’s certainly for the better. It’s been a rocky road for the house of the Pentastar over the last several years but since corporate restructuring that resulted from the bankruptcy of 2009 Chrysler is in new and seemingly capable hands.
Fiat S.p.A. based in Turin, Italy has been gobbling up shares of Chrysler.  The federal government was in charge of the Chrysler bankruptcy proceedings back in 2009 and declared by ummm, fiat, that the Italian automaker would be allowed to purchase an initial share of 20% of Chrysler. This allowed Chrysler to stay in business.
From 1998 to 2007 Chrysler was mostly owned by Daimler Benz (the Mercedes people) and the company was called Daimler Chrysler. During this time Daimler Benz tried very hard to keep the Mercedes line and the Chrysler/Dodge line of vehicles completely separate. They didn't
mix vehicles back and forth much so they could keep things distinctly American or German. This didn't prove very profitable for Daimler Benz so they axed the Chrysler part of the company to a capital management firm here in the U.S. back in 2007.
This, along with many other problems, caused Chrysler to start bleeding from the ledger so badly they had to declare bankruptcy in 2009. This is when Fiat stepped in to help. They had already righted their own ship back in 2004 when the dynamic Sergio Marchionne took over the helm of Fiat. They were now looking to grow dramatically and saw value in the Chrysler name, as well as an easy way to break back into the North American market. Fiat used to sell cars here in the U.S. until the mid 80’s when they had to pull out.
The 20% of Chrysler that was owned by Fiat has grown to about 60%. Recently it is being reported that Fiat is looking to increase ownership by another 15 to 20 percent. While Fiat is already completely in control of Chrysler Group LLC, the further increase in their share would allow Fiat more access to the revenues generated by the now growing Chrysler. Marchionne is also now the head of Chrysler.
With this new arrow in the Fiat quiver they are handling the situation differently than Daimler Benz did. Fiat is completely combining the companies into one corporation in every way possible. This means that products from other Fiat subsidiaries will be rebadged as Chrysler and Dodge vehicles, and Chrysler products will be rebadged and sold under the names of other Fiat product lines. A good example of this is the new Dodge Dart. This good looking little sedan is actually an Alfa Romeo Giulietta with a different body on it.
Many old Chrysler faithful are upset about the new owners of this American icon. They feel that somehow the products from the new Chrysler will be lacking the American heritage of the Chrysler products from a few years ago. What heritage exactly? The unreliable cars that few people wanted to drive? This is the reason Chrysler had so many struggles. Wouldn't it be best to do something completely different?
Actually the things that Fiat is doing for Chrysler are beneficial in many ways. The Dart is an outstanding car compared to the Neon and the Caliber which used to be the offerings in this segment. This car was only possible because of Fiat. The only other choice in this matter would have been to close the doors of Chrysler forever. The modern technology and the vast amounts of product lines that Fiat has under its umbrella provide substantial resources for Chrysler engineers back in Auburn Hills, MI. Don’t forget that Fiat owns Ferrari. Wouldn't it be interesting to see some Ferrari rub off on something with the Dodge name on it?
The other thing that is good is many cars that Chrysler builds here in the U.S. are now being sent to Europe and are being sold with Italian names on them. American workers selling more of the products they build, to people overseas is most certainly a good thing.
Considering the fact that Chrysler is now in the black and prospering nicely, it’s hard to make an argument against ownership by Fiat. Most of the naysayers are holding on to old time sentiments and that’s okay, but it doesn't sell cars. Not to mention that Fiat has no plans to mess with the Ram truck. It will still be the rugged beast it has always been. Keep the good stuff, replace the bad stuff with new stuff, and let’s watch Chrysler grow. 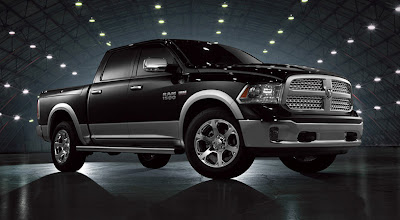