Want to save some gas? There’s a sucker born every minute! 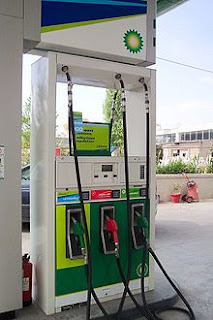 When gas prices climb, the crazy people and swindlers come out of the word work. Since we are well on our way towards gas prices going above four dollars a gallon all across the country and not just on the coasts, consumers are grasping at straws. They are doing anything they can to try and save fuel including spending money on contraptions that come with big promises. Many cheats, thieves, and charlatans are pushing all sorts of products to try and tell you that you can save fuel by installing their revolutionary device.
Most of these devices are either doing something to change airflow into the engine, or they are doing something to try and affect the combustion process, or they try to enhance the ignition source. The devices that change the airflow into the engine probably end up blocking the flow of air into the engine more than anything else. This will actually lead to a loss in power and possibly a decrease in fuel economy. The gadgets that claim to affect combustion probably don’t do anything at all to the combustion process, and in some cases might even be harmful to some of the things that make the vehicle run right, such as O2 sensors. If the device adds any kind of fluid to the air fuel mixture it is possible to hurt the O2 sensors which are installed in the exhaust pipes.
They all claim an increase in fuel economy somewhere around 20 to 30 percent. The problem with this is that modern engine control systems are so accurate and so efficient that only a tiny fraction of the fuel that is injected doesn’t get consumed. When fuel is not fully burned in the combustion chamber it comes out the exhaust as carbon monoxide and hydrocarbons. Looking at the emissions from a modern vehicle, before the catalytic converter, the amount of CO and HC’s is very low. CO is likely to be less than .009% and HC levels will be less than 1 part per million. How on earth can it be possible to increase your car’s fuel economy by 20% by burning this unburned fuel, when we are only talking about the possibility of burning such a tiny amount?
Most of these devices take a theory that applies to something else in the engine function or controls, and misapplies that theory in the name of saving fuel. The following is a bit of information about a few of these devices from different manufacturers. These are not necessarily the most popular ones but they are representative of the different types of devices that the consumer can waste their money on in a bout of wishful thinking.
Tornado Fuel Saver 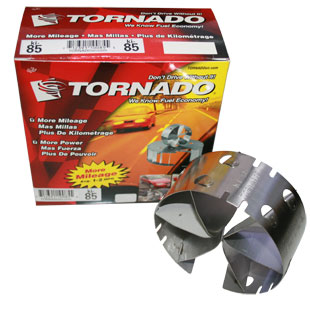 This is a little device made from small metal fins arranged together in a circle that are supposed to create a swirling motion in the intake air. One of these contraptions will usually cost you about $50. This swirling motion is supposed to increase volumetric efficiency or something like that. The fact of the matter is that most engine designs and intake manifold setups are already designed to create turbulence or a swirling motion in the air stream that enters each cylinder. This helps to atomize the fuel as it leaves the injectors and flows into the combustion chamber, and it is supposed to help the fuel mixture fill the combustion chamber evenly so that it gets burned more thoroughly.
Swirling the air as it enters the intake manifold is useless since the air splits into the various intake ports as it goes into the engine and how is it supposed to keep this swirl? Automotive engineers have been studying air flow and volumetric efficiency for over a hundred years now and they know what works and doesn’t work when it comes to making the air behave properly in the intake manifolds and the combustion chamber. If efficiency could be increased so easily every engine designer and manufacturer would immediately be integrating their own version of this design or process into their product, and if they didn’t it’s very likely that the EPA would mandate that they do so. This notion really applies to all of the gas saver devices.
Platinum Gas Saver
This item will set you back about $150 plus installation. Many companies build something along these lines; they are all about the same thing. Manufacturers claim that it might take 1,500 miles before it starts to become effective. This is another common claim from the people that make just about every fuel saver. They also claim that you might need to replace your oxygen sensors. This is silly because no good reason exists for doing so just because you are now running tiny amounts of platinum through your engine. The real reason that they recommend this is because most O2 sensors on cars that have been on the road for a while, sat for 100k miles or so, probably have O2 sensors that have lost some efficiency anyway.
Any gas saver that uses platinum has some kind of reservoir where a solution is held that contains some form platinum. A vacuum line from the engine’s intake manifold connects to the reservoir where the solution is sucked into the intake manifold. Once inside the manifold it goes into the combustion chambers of the engine, or at least into the combustion chamber that is closest to the vacuum line.
The theory is that when combustion takes place in the presence of platinum, the combustion will be more complete. Platinum is one of the elements found in catalytic converters to act as a catalyst to trigger the complete oxidation of any of the carbon monoxide and hydrocarbons that didn’t get used up in the combustion process. The definition of a catalyst is something that triggers a chemical reaction but does not get consumed in the process. Dribbling platinum into the intake manifold and then letting it run down into the combustion chamber is not the same as coating a ceramic element inside of a catalytic converter. This does nothing to save fuel.
Fuel Doctor
This device retails for $50 and is super easy to install because you just have to plug it in to your cigarette lighter or accessory socket. The device has a couple of LEDs that light up as you drive down the road. The manufacturer claims that this electronic device cleans and conditions the electrical power running through the vehicle’s electrical and electronic systems as you drive. With this “conditioned” electricity the electronic control systems become more efficient which helps the engine become more efficient and thus use less fuel. 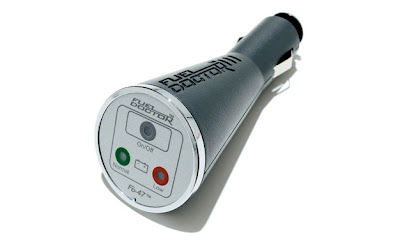 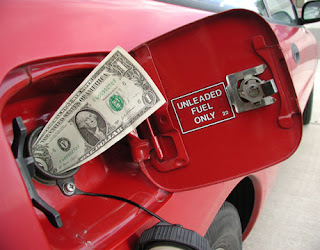 What about tire pressure? Some politicians in Washington like to tell us that we should just check our tire pressure every time the price of gas starts to jump up. Does this really make a difference? It does make a difference but it is pretty slight. Somewhere in the neighborhood of .03% for every PSI that you are low. This adds up eventually but keeping your tires inflated properly is more about making sure they don’t wear out too quickly, or about keeping the car safe, then it is about fuel economy.
So if you want to save money at the pumps the most important things are: drive a smaller car, drive with a little more self-control, and take care of your car. Whatever you do, don’t buy any crazy device to hook up to your engine, or to plug in here or there. None of these work because if they did, everyone would have them.