Power to the People! Electric Power That Is!

﻿
﻿ In 1999 Honda introduced the first Insight to the U.S. market and at that time the race began. The race was obviously not a very fast one since we are talking about hybrids which are not very fast. The race was a race to develop new technology that would make cars go farther on less fuel, and create less pollution. Both of these things amount to greater energy efficiency. Of all of the alternative fuel systems that are on the market right now, none have experienced the kind of growth over the last decade that the hybrid vehicle has.
A hybrid vehicle is one that runs on more than one power source. Hybrid vehicles use a gasoline engine and an electric motor for propulsion. Depending on the design it may be able to run on gasoline only, electric motor only, or a combination of the two. Examples of hybrid vehicles are things such the Toyota Prius, the most popular hybrid ever, the Honda Insight, and the Chevrolet Volt. Often you hear the Volt described as an electric car but the fact of the matter is that the Volt has a gasoline engine that will come on to assist the electric motor to propel the vehicle down the road, or to generate electricity for the electric motor the use. A true electric car such as the Nissan leaf has no gasoline engine at all, more on the Volt in a minute.
The gas/electric hybrids that are on the market now will always have the following components: Gasoline engine, one or two electric motor/generators, a high-voltage battery, and some kind of power inverter. All of these systems use complex computer controls to keep everything running nicely. Depending on the hybrid setup they may not have a transmission like we are used to on normal cars, or they may have one that is just like those found on normal cars. Hybrid drivetrain designs vary.
Some hybrids have more complex systems that allow the vehicle to function more in electric mode only. These are what are known as series/parallel hybrids. With this design the electric motor or motors, are the primary drive units and the gas engine is there to assist and turn generators to produce electricity. Some hybrid designs cannot function at all in electric mode only. These are called parallel hybrids.  A parallel hybrid uses the gas engine for the majority of the drive and the electric motor is there to assist. A design known as a series hybrid also exists but none of the hybrids currently on the market fall into this category. The series design has no mechanical connection between the engine and the wheels. All drive is accomplished by the electric motors and the gasoline engine is there only to turn a generator. This is essentially the way modern diesel electric locomotives run.
ICE 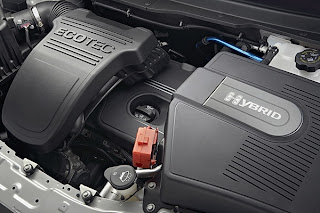 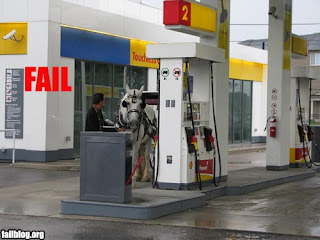 Now reread the above paragraph and substitute the word blacksmith with mechanic, and the words, team of horses and a sturdy wagon or buggy, with normal car, and you could apply the message to some of the negative viewpoints surrounding hybrids today. The bottom line on hybrids is that this technology is new and still unproven, and still needs to develop further. Current hybrids are not good enough to be the future of transportation, but a future hybrid that is much better and much cheaper might be. Let’s sit back and see what happens.