The Worst Cars In the World

November 06, 2011
Next in the ongoing series: Fiero actually doesn't mean fire in some foreign language 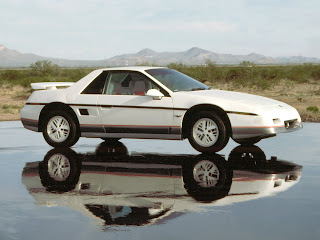 Built from 1984-1988, this thing was a disaster in spectacular fashion, and a supreme piece of junk! The concept represented something totally different for Pontiac and GM. The idea had so much potential and it really wanted to be a cool, sporty, mid-engine sports car, but what it ended up being was a terrible, unreliable, fire-ball on wheels. The reason I say fire ball is because of more than one problem that came about after the car was released that had a tendency to make the engine compartment erupt in flames and burn the car to the ground. 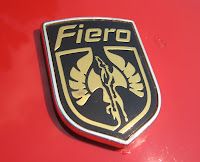 With the front suspension of a Chevette and the rear suspension of a Citation, what could be bad? To clarify, the rear suspension that came from the Chevy Citation was the front suspension from the Citation, but it was used on the rear end of the Fiero because the Fiero was rear-wheel drive, and the engine options on the Citation and the Fiero were very similar. Regardless, any time you hear the words Chevette, Citation, and Fiero together, you know that the discussion is not about anything good. Despite the suspension design the vehicle handling was not too terrible because of the mid-engine setup, but everything was so poorly executed that it had a lot of maintenance problems. “Maintenance problems,” is kind of a nice way to say that it fell apart right and left and there was nothing that anyone could do about it. The car was competition for the similarly mid-engined Toyota MR2 but there is absolutely no comparison between the two.
To make this bucket of bolts even better (worse), the base engine was the 2.5L pushrod boat anchor that was found in other piece of junk Pontiacs of the day. These four cylinder engines were the ones that were catching on fire. They would catch fire when the engine would throw a connecting rod through the side of the block and spill the contents of the crankcase onto the hot exhaust. Car-b-que! Flames erupting from the engine compartment were a bad thing but considering the fact that the flames resulted from dramatic engine failure, you might as well go ahead and let the thing burn down because it’s going to need a new engine anyway. Talk about adding insult to injury. It’s one thing to have the engine break apart, but it takes a real piece of work to then only seconds later catch on fire.
Besides blowing up the engine to catch everything on fire, the vehicle was also thought to have a wiring problem in the engine compartment that could result in fires. Wiring connectors could get hot being in the wrong places in the engine compartment. When the insulation melts off of electrical wires and the wires touch each other or short out on the body or engine, the amount of heat that results has a tendency to burn things to the ground. Because of the way the cooling system was designed, and the fact that the engine was in the rear, the engines also had a tendency to overheat because air would become trapped in the cooling system and these air pockets would block the coolant from circulating.
The initial four cylinder engine was good for all of about 97 HP and it clattered like your grandma’s sewing machine. The V6 wasn't nearly as bad, but it was only good for 140 HP. Not having much power is really not the worst thing, the biggest problem is that the entire car was so unreliable and had so many mechanical problems, it didn't really matter what kind of engine it had, it didn't matter how it looked, how it handled, or how it was designed. The fact that it was pure unmitigated garbage is the biggest sin here and it is the thing that makes it one of the worst cars ever made. The second generation Fiero was significantly improved but it was too late, the damage was done and sales never recovered to a level that would allow the model to survive. If you go to a restaurant and they serve you burned chicken, are you ever going to order the chicken again?
This car being so terrible does not preclude some people from liking it. The internet is loaded with clubs and discussion boards that allow Fiero aficionados to come together and commiserate on all things Fiero. Despite the fact that this is such a terrible car, if some people like them so much that they want to band together online, or on the weekends, and fix them up, talk about them and modify them to make them fast, then I say go for it. The one thing that the Fiero has going for it is that it is different. It’s not good, but it is different.