April 19, 2011
If you don’t like the way your car runs then tune it
Most people have heard of tuning a car but most probably don’t know what that even means anymore. Most people, who think they know, probably don’t because the whole concept has changed so dramatically even in recent years. Tuning a car can be compared to tuning a musical instrument. If the goal is to make sweet music on all the right scales then the thing must be tuned according to the rules. Fundamentally, tuning a car means the same thing that it always did, but the means whereby a car is tuned today is completely different from what it used to be.
Tuning a car is not really the same as performing what is commonly referred to as a tune-up. When you take your car to the shop for a tune-up they are usually going to perform a bit of routine maintenance to systems that generally relate to engine function. Things like spark plugs, distributor caps, and other such things get replaced as part of a tune-up. This is fundamental to engine tuning but it’s not tuning.
Tuning involves making changes to the way the various engine performance systems perform their various tasks at the most basic level. In the old days this meant changing things such as carburetors and distributors with different parts to help you get a desired result. If parts were changed then usually they also had to be adjusted. Tuning does not always involve replacing parts; it might just involve adjustments to engine performance systems. 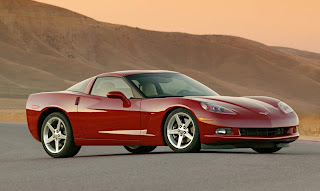 There are many different reasons to tune a car but the one that is most common, and the one that is the most fun is tuning the car to increase performance. Just about every driver out there wishes that they had a little more power. The other thing that some people go for when tuning is higher fuel economy but this is a distant second. Usually tuning is not done to the daily driver or the commuter, this is something that is usually done to the project car, the Sunday driver, or the midlife crisis type car. These are the cars that people like to upgrade in some way so they can be driven fast and their owners can have fun doing it.
Since today’s vehicles are so advanced, there are really no adjustments that can or need to be made anymore. Parts can still be upgraded but once they are bolted on there is not much more that can be done because as far as adjustments are concerned they are all taken care of by the computer that is in charge of controlling the engine and all of its functions. In order to tune the vehicle in any way the computer must be changed in some way.
In the early days of computer controls this involved the changing of the programming within the computer by either replacing the entire computer, or just replacing or reprogramming the read only memory chip inside of the computer. While it’s easy to replace the computer it’s expensive to change hardware that isn’t really bad, just to get a new set of instructions to the engine. Replacing the PROM chip in the computer is easy as well, but if the programming wasn’t exactly right then it meant getting another chip, or taking the chip somewhere to get it programmed. The term “chipping” the car came from the practice of swapping out the PROM chip in the powertrain control module.
Over the past ten years this tuning process or reprogramming process has gotten much simpler. All vehicles built today, now have an engine control computer that can be easily reprogrammed with the proper software installed on a laptop computer. Some companies even make special scan tools that can be cheaply purchased specifically for tuning and reprogramming engine control computers.
This has all come about as a result of a federal mandate from the EPA. Independent auto shops need to have the tools and ability to reprogram engine control computers. According to the feds this is primarily for the purpose of updating software to help cars stay clean and efficient, and reduce air pollution caused by excessive emissions. The EPA mandate is that reprogramming capabilities be standardized in such a way that the aftermarket shops and tool manufacturers can program computers on any car. This means that independent software engineers can more easily crack the code used by each auto company in their engine control computers.
Of course tuning for performance has nothing to do with this EPA mandate, it’s just something that has gotten easier as a result of the action by our government. People out there who are tuning their cars without knowing what they are doing are likely creating situations where their car is polluting much more than it should, but more pollution is not necessarily the result of tuning. Many times when a vehicle with performance modifications is tuned for optimum performance, the tuning will also result in making the car more efficient in every other way. More power quite often goes hand in hand with low emissions levels. This means that an engine can be modified to produce more power, and still have emissions levels at the tailpipe that are very similar to what was there before the changes were made, and the vehicle can still easily comply with county, state, and federal emissions standards.
The things that get changed in order to tune the car are things like fuel delivery tables and spark timing schedules, throttle control and other things. This does not mean that more fuel is added to make the car faster; it means that the proper amount of fuel will be added to go with the amount of air that is entering the engine. This air fuel ratio must be within specification in order to make the engine run efficiently. These ratios are essentially the same for high performance engines as they are for stock engines. Automatic transmission shift patterns can also be changed to help optimize the performance of the engine.
As mentioned previously tuning a vehicle with today’s advanced technology should not be attempted by just anyone. If a vehicle is tuned improperly it can lead to anything from terrible fuel economy or high emissions, to major engine damage. Some companies manufacture a device that can be hooked up the vehicle’s datalink connector, and new programming can be up loaded into the engine control computer. These programs are pre set and cannot be changed or altered in a way that would be detrimental to the vehicle. This is a simple way to tune but it might not do exactly what you want, or exactly what needs to be done. If anything custom needs to be done to properly tune the vehicle then a more complex process will be involved. Many different companies out there can teach you to custom tune a vehicle for performance but one of the very best is The Tuning School. 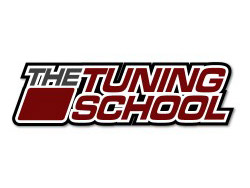 Based out of Florida, The Tuning School offers easy to learn curriculum that allows the eager student to learn how to properly tune modern vehicles using such programs as HP tuners or SCT, both of which are leading tuner programs that are on the market. The thing that makes The Tuning School great is that they offer DIY courses that can be done at home, and they also offer courses in different places around that country, that take the form of a two day seminar with hands-on training. These seminars happen at places where modern chassis dynamometers are used to run the vehicles being tuned in a controlled and safe environment. Using a chassis dynamometer is the best way to run the vehicle because as mentioned it is safe, legal, and the dyno can measure things such as horsepower and torque to help track tuning changes. Tuning can be even more fun when you have received instruction to help you do it properly. For more information on The Tuning School, check out their website: www.thetuningschool.com