Minivan Vs. The World

March 01, 2011
A common debate in households everywhere once a few kids are born is minivan or SUV? When using the term SUV it is worth mentioning that the SUVs referenced here are those with a third row seat. Without the third row then it’s no different then a sedan to a growing family. Many reasons can be cited in determining which is best for which situations. For some reason many people are opposed to the minivan just because it is a minivan. They point out every subjective idea they can think of to try and explain why minivans are no good, but being subjective is no way to reinforce an argument. The following opinion, while not completely free of fallacy, does point out concrete evidence that firmly supports those that like the minivan.

We have a Honda Odyssey, as I have mentioned before. I lovingly refer to this vehicle as the mom-rod.  I spend many miles off-road every year so a real 4x4 is a must for me, which is why I drive a Toyota Land Cruiser. With both a minivan and an SUV in the stable a perspective from both side of the issue can be presented. The Land Cruiser looks tough and rugged compared to the minivan, and it fits our kids and stuff okay, but the kids can't climb in by themselves very easily, and they can't even open the door when they are younger than about 6 years old (especially my micro-sized kids). Our Land Cruiser has a third row seat and if the kids are sitting back there you have to either fold the seat down for them, or let them climb over it with their muddy shows on. The amount of interior space for all of their stuff is tiny compared to the minivan. When they open the doors on the minivan they can’t fling the door into the car next to yours.

We could get a suburban that would hold all of our things with more room but then we're talking about spending more money for fuel, and it wouldn't fit very well inside our garage. With a Suburban you still have the door problem and the seat problem. In addition to that, the van handles better on the freeway and in traffic and is so much more comfortable to ride in. This is because it is not a truck.
Some would say, "Get a crossover because they get relatively good gas mileage, don't ride like a truck, and look cool" Something like the Mazda CX-7, Honda Pilot, or Chevy Traverse would fall into this category. I would say that the only thing a crossover gives you, versus an SUV, is maybe better gas mileage depending on overall vehicle size and engine options. The other things you get with a crossover is a lot less room than a minivan, and a lot less ability off-road, or for towing, or hauling heavy things. So you lose the advantages of the truck based SUV but you don't gain the advantages of the minivan. What do you gain by driving a crossover? Nothing that you can quantify. Everything that is thought to be good about a crossover is all in your head. I’m not saying that there is something wrong with driving exactly what you feel like driving, but for many people when it comes to hauling a family and all the peripherals associated there with, many people don’t care about appearances or what others think. 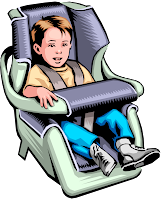 Minivan haters need to get over themselves, and realize that they don't understand, practicality beats style every day of the week when you are talking about a family hauler. I would guess that most minivan haters who have 2 or more kids have never had one a minivan, and if they had one, they wouldn’t be so harsh in their criticism of the van. In the end I say drive what you want, but it's silly to disparage minivan drivers for their practicality. I make more fun of people who drive trucky SUVs and never leave the pavement or tow anything with them. To me these people look nerdy.