March 11, 2011
Engine oil is critical to the proper function of the internal combustion engine. Calling oil the life blood of the engine is fairly accurate. When oil or oil pressure is lost the engine will be damaged, and damaged quickly if it is working under load. Oil seems like something that is pretty simple and in many ways it is, but so many different types exist, and with recent advances in engine technology and lubrication technology many of the rules have changed. Of all things associated with the automobile there are perhaps more myths surrounding motor oil than anything else. One of the biggest myths is the ‘change your oil every 3000 miles myth, more on this later. 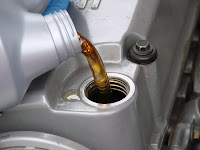 Engine oil is necessary in order to keep metal parts from rubbing on other parts. The amount of friction in the engine is tremendous, and without a good lubricant that can stand up to the harsh conditions inside the engine, the heat buildup on the surface of these parts would destroy everything. The crankshaft which bears the brunt of combustion forces, and turns the reciprocating motion of the piston into the rotational motion that eventually reaches the wheels, must receive the most lubrication. The journals of the crankshaft where it attaches to the engine block and the journals where the pistons attach to the crank contain bearings. These bearings are not ball bearings or roller bearings; they are thin semicircular metal strips that wrap around the journals. Oil is pumped into the very narrow space that exists between these bearings and the journals so that when the engine is running, the force exerted on the journals is actually propped up by a thin film of pressurized oil so that the journals never really touch the bearings. The oil also flushes out any small metal particles from these areas as they slowly wear.
﻿
﻿
﻿﻿﻿
﻿
The filter is simply a device that to trap large particles in the lubrication system and keep them from circulating through the oil galleries in the engine block and cylinder head. The filter usually contains a paper or cloth element of some kind that acts as the filtering medium. Many new vehicles are not using the metal canister style spin on filter that is common. The housing of the filter in permanently attached to the engine, and the paper element is removed and replaced by itself. This makes for less waste and also reduces the amount of trapped oil that gets thrown out with the filter. A good filter has a bypass valve in it that will open if the filtering element gets plugged. Most of the time the filter will be replaced with oil, but some manufacturers don’t necessitate filter replacement every time.﻿﻿﻿﻿﻿﻿﻿﻿﻿﻿ ﻿﻿﻿﻿
In some ways engine oil is like milk. All oil comes from the ground just like all milk comes from a cow. With similar origins you would think that there is no difference between the various brands of oil. On a fundamental level this is true, but some differences do exist that the average car owner should be aware of. The additives are the things that make them different. Friction modifiers, detergents, antioxidants, antifoaming agents, metal conditioners and other such things are added to the oil to make it hold up under heat and pressure and function as a lubricant. The American Petroleum Institute is responsible for making sure that standards exist for the lubricant manufacturers to follow. Soma manufacturers will have special blends for special purposes. High mileage, heavy-duty formulations for off-road applications, and special blends for diesel engines where a little oil foaming can lead to drivability problems, just some of the options that are out there. Some of these oil formulations can provide some benefit in certain situations but just use the oil that the manufacturer recommends and none of the other stuff matters.
On a container of oil you see designations such as, 10W-30, 15W-40, 0W-20. This refers to the thickness, or viscosity of the oil. In the old days you would see things like SAE30 or SAE40 on the label. SAE stands Society of Automotive Engineers which is a group of engineers that sets many standards within the auto industry, and the number referred to the viscosity of the oil. The viscosity did not vary much for any reason. On newer containers of oil the numbers still represent viscosity, but the viscosity will vary with temperature. So the 5W in 5W-30 means that the oil will have the viscosity of 5 weight oil in the winter (the W stands for winter). The 30 means that the oil has the viscosity of 30 weight once it is warmed up. Variable viscosity engine oil allows the engine to turn more freely when it is very cold which helps on cold starting and allows the engine to operate more efficiently at cold temperatures, without sacrificing the ability to maintain pressure when the oil is hot. Recommended oil viscosities are getting thinner and thinner which reduces mechanical power losses in the engine and will result in a slight increase in fuel economy. 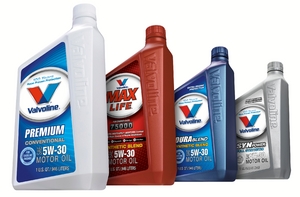 The latest thing when it comes to engine oil is synthetic oil. Synthetics and synthetic blends have actually been around for awhile but more and more auto manufacturers have begun to use them and recommend them in their products. Synthetic oil is derived from the same mineral sources that conventional motor oil comes from, but a completely different process is used to create the lubrication oil. Most people think that synthetic oil is purely man-made this is not really the case. http://www.valvoline.com/car-care/motor-oil-myths/#b


These synthetics hold up well over the long term and do not suffer from thermal breakdown and oxidization as much or as quickly as conventional motor oils. This means that synthetic oil will last much longer. How long? Some synthetic oil manufacturers claim that their oil will go 25,000 miles before it loses its ability to lubricate. This may be true because synthetic oil is very effective, but the best rule of thumb is to go with the recommendations of the manufacturer regarding oil change intervals and oil type specifications. Synthetic oil does cost more than conventional oil but this cost is usually off-set by the fact that you don’t have to change it as often. Most oil manufacturers also sell synthetic blends which are a mix of synthetic and conventional oils, to provide some of the benefits of synthetics but at a lower cost. 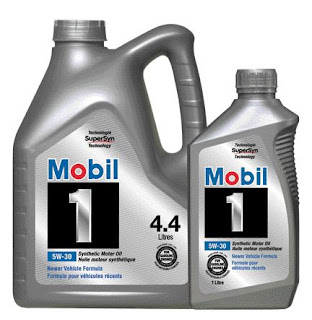 A few common myths: Proper engine maintenance requires that oil be changed every three months or three thousand miles. Not true. Modern engines are so well built and modern oil formulations are so effective that engines will be just fine with more extended service intervals. Most manufacturers recommend changing the oil every 5000 to 7000 miles. When synthetic oil is recommended the interval goes to 10,000 to 12,000 miles. This is not the standard for ‘normal’ use this is the standard for ‘severe’ use. Only your grandma, who lives in San Diego and only drives her car to the grocery store and to church, is considered normal, when it comes to auto maintenance standards. Quick lube centers and other service shops will continue to push the 3 month 3000 mile interval because it is in their best interest, from a business standpoint, to do so.
Once you pick a brand of oil to use in your engine you shouldn’t switch because it will damage your engine. Not true. Any motor oil that meets the current API standards will protect your engine properly. Mixing different brands at the same time may be less effective because of variations in the formulation of additives but if you are in a bind and need to add a quart, use whatever is handy as long as it meets the current API ratings.
If all of this is just too much information, and it still seems confusing, then just remember the simplest rule of auto maintenance; follow the service guide listed in the owner’s manual. This will tell you everything that you need to know. And if you are still confused, take this service schedule with you to your mechanic and tell them to do the things listed there. If you make sure that the life blood of your car’s engine is taken care of, then you car will take care of you. Unless the engine explodes anyway.